This page is related to our version based on Devuan, that uses apt with deb packages and synaptic.

if you want to install the Roma version you can follow the various steps indicated in this video with Chromium/Chrome browser if Mozilla Firefox is not supported.

How to fix problem with wifi

Many solutions can be found on the official Devuan forum, however for broadcom cards the solution is visible here firmware b43 failed to load

How to fix wicd daemon dbus access denied on Roma 2.0.2

Devuan Beowulf and Ufficio Zero Roma 2.0.2 use wicd for connections by default. It is possible that on startup you will have an error like “Unable to contact wicd daemon dbus access denied”. This is because your user has not been added to netdev group. We also installed network-manager alongside wicd that gives the possibility to start wifi connections, both wpa and wpa2.

If you still prefer to use wicd, start a terminal and type the following commands:

where youruser is your user chosen during system installation and then:

We have created a package through which to apply some patches so if you have problems installing third-party drivers, all you have to do is update your system using synaptic and select replace when required to modify sources.list file, then you can find and install driver packages that you need for your pc with synaptic package manager.

Here below some screenshots: 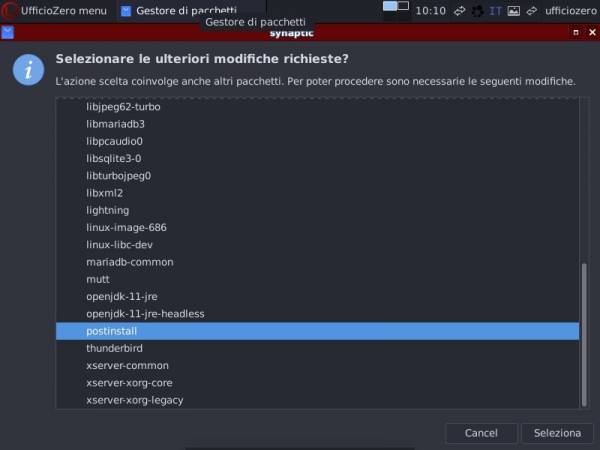 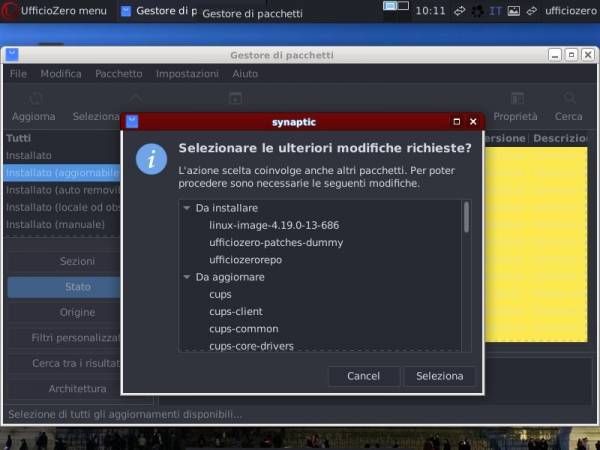 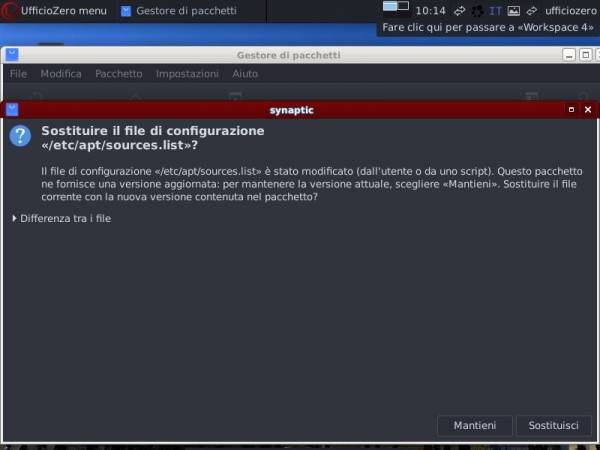 How to add others UfficioZero repositories

We have released new package that add many other repositories located everywhere, due to bandwith limit on our servers.

To use Garr mirror (located in Italy) by default, you can select the replace button when asked, during the system update.